This month MAFA celebrates its 160th birthday. This makes it one of the oldest art societies in the UK. It was first set up in 1859 to organise annual open exhibitions in Manchester Art Gallery, which was then known as the Manchester Institution. 1859 is the same year that Big Ben was installed in Westminister Palace! 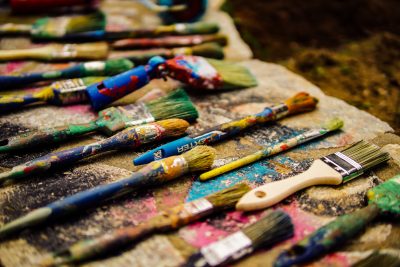 Photo by Yannis Papanastasopoulos on Unsplash

There have been many renowned artists amongst MAFAs members including L S Lowry who was elected in 1935 and remained a member of the group for over 40 years. Other notable artists linked to MAFA, include Alfred Waterhouse, Ford Madox Brown, Käthe Schuftan, Norman Adams and Anne Redpath.

MAFA has also had several well-known presidents including Harry Rutherford who held office from 1961-8. Rutherford is regarded as one of the most important painters of the Northern School. He depicted the post-industrial changes around the North West. He was also the first visual artist to present a television programme. Other past presidents include the artists William Knight Keeling, Charles Oppenheimer and Robert Crozier.

Our members have played a significant role in the Manchester art scene for the past 160 years, including the design of several of its buildings and public works. Our future plans mean that we will continue to help lead the way for art in the city.