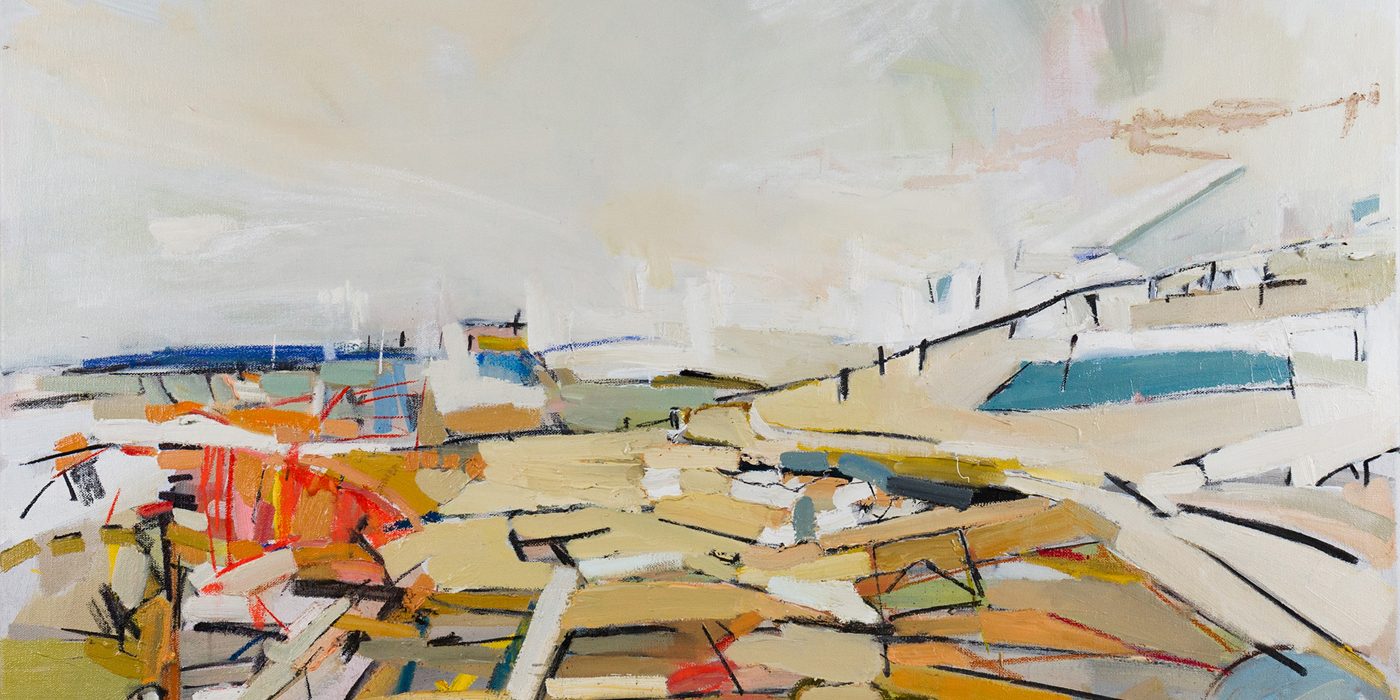 Colin Taylor has a solo exhibition, ‘New Lines in Space’, at the Contemporary Six Gallery in Manchester from 1st to 21st June featuring his latest series of works inspired by a new commercial building located within Manchester City Centre’s Spinningfields area.

The exhibition, was initiated when Colin was commissioned by architects Rachel Haugh and Ian Simpson to follow the construction of No.1 Spinningfields to mark the 30th anniversary of their practice, SimpsonHaugh & Partners. The use of either photography or video to record the build progress is commonplace, but it was thought that a series of paintings depicting the two-year transformation may be an interesting experiment …

The exhibition includes over 30 paintings, drawings and other images made alongside the twelve project paintings that will be installed in No 1 Spinningfields upon completion later in 2017.